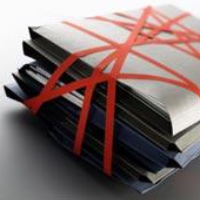 “Bureaucracies are inherently antidemocratic. Bureaucrats derive their power from their position in the structure, not from their relations with the people they are supposed to serve” (Alan Keyes, American politician)

Fighting red tape is a growing problem worldwide, and we South Africans are certainly not immune. We should welcome therefore two recent court decisions which threaten inefficient / disinterested / corrupt bureaucrats with personal liability for legal costs if their misconduct forces us to fight them in court.

A provincial hospital patient whose son was born with severe disabilities as a result of medical negligence succeeded in having the relevant Health Department declared liable for damages. The High Court further awarded her legal costs on the punitive attorney and client scale and ordered that 50% of such costs (likely to total about R500,000 according to media estimates) be paid personally by three officials:

This order followed the Court’s findings that the government’s decision to defend the claim was reckless, and after the Court had slated all three officials for a long list of failures, indifference and incompetence in their handling of the matter. The plight of the mother and her severely disabled son as observed by the Court was “symbolic of the destruction wrought by the callous, incompetent indifference on the part of public officials inflicting South Africa at the moment.”

The Supreme Court of Appeal, in confirming the setting aside of the award of a municipal tender on the grounds of a string of irregularities, errors and defective processes, warned the Municipality that any recurrence of such conduct would risk the Court taking the decision away from it and awarding the tender itself.

“That”, said the Court, “may also result in identifiable officials responsible for that situation being ordered to pay the costs personally, because: ‘It is time for courts to seriously consider holding officials who behave in the high-handed manner described above, personally liable for costs incurred. This might have a sobering effect on truant public office bearers.’”

So if you come up against a brick wall of bureaucracy …..

Public officials, said the High Court, “should not be terrorised and paralysed into not doing their jobs by the fear that every little error could be met by the extreme sanction of a personal cost order”.

In fact the many officials who do their jobs efficiently and honestly deserve our full support and acknowledgment.

But if you are unlucky enough to run into a brick wall of bureaucratic bungling, disinterest and inefficiency, don’t take it lying down. Have your lawyer send a formal warning to the officials in question – perhaps the fear of personal liability will focus their minds on actually providing the public services they are paid to provide.

If you want to get in touch with us to act in respect of any matter stated herein, please send an email to info@chrisfick.co.za

© DotNews, 2005-2015. This article is a general information sheet and should not be used or relied on as legal or other professional advice. No liability can be accepted for any errors or omissions nor for any loss or damage arising from reliance upon any information herein. Always contact your legal adviser for specific and detailed advice.