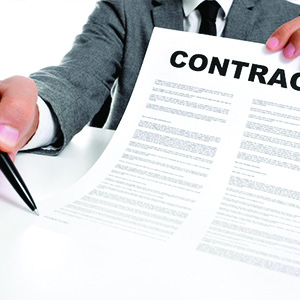 An “acceleration clause” in a loan agreement (where the loan is repayable in instalments) provides that if the borrower fails to pay any one instalment, the full amount of the loan becomes due and is immediately recoverable in full by the creditor.  Inserting such a provision into a loan agreement is a sensible precaution for a lender to take – without it he could only sue for any overdue instalments, not for the full amount of the loan.

Failure to pay just one instalment exposes you to court action for recovery of the full amount owing.

But, as a recent High Court judgment illustrates, lenders also have to act cautiously here. A lender had invoked an acceleration clause to sue the debtor for the full amount outstanding (over R7,6m) after the debtor missed one instalment of R42,133.15. The debtor had, after receiving an email from the lender, paid the instalment – but he hadn’t paid the default interest (a measly R86.57).

In other words, the borrower’s failure to pay R86.57 led to the entire debt of R7,6m being called up in full.

The Court refused to enforce the acceleration clause on two grounds –

A basic principle in our law is that, whilst generally you are held to your agreements (contracts), any agreement that is “contrary to public policy” will be void and unenforceable.

The problem is that deciding what is and what isn’t “contrary to public policy” is by no means an exact science. For example, the Court in this case held that “it is not a question of a contract offending an individual sense of proprietary and fairness but rather whether the values of the Constitution are breached”. Clearly there are no hard and fast rules here, and lenders need to err on the side of caution if they are to avoid having their agreements rendered unenforceable.

At the very least, be aware of “constitutional values” not only in drawing up your contracts, but also in enforcing them – be able to prove that you have clearly informed the borrower of the amount/s in arrears, that you have made a clear demand for payment and have warned him/her of the consequences of not paying timeously. With all the grey areas here, take advice in doubt.

If you want to get in touch with us to act in respect of any matter stated herein, please send an email to info@chrisfick.co.za

© DotNews, 2005-2013. This article is a general information sheet and should not be used or relied on as legal or other professional advice. No liability can be accepted for any errors or omissions nor for any loss or damage arising from reliance upon any information herein. Always contact your legal adviser for specific and detailed advice.